The ones that got away

It seems in life that people come and go. Some stay briefly while others seem to hang around for what seems like forever and then are suddenly gone. Sometimes that is a good thing and other times one is missed very much. Some leave long-lasting memories, others are almost completely forgotten. Airplanes are no different it appears.

Vintage Wings of Canada has accumulated many aircraft over the years and while most have remained in the collection a few have gotten away. Three to be exact. Our 1972 Bellanca Citabria 7GCBC, the 1929 WACO Taperwing ATO and the 1943 Beech Staggerwing D-17S.

With a shift in the Vintage Wings theme to commemorating Canada’s veterans as well as to educate and inspire Canadians about their rich aviation heritage, these aircraft found themselves outside the main focus. As well, valuable hangar space was being used at a time when new purchases were arriving. However, their memories still live on at the hangar with their banners(created by Dave O’Malley) hanging proudly and their new owners delighted to have them in their possession.
The descriptions below of the Citabria along with the historic Staggerwing and Taperwing from the Vintage Wings website say it all for these machines.

The Citabria was designed and initially produced by Champion Aircraft Corporation, and was a derivative of designs the company had been building since acquiring the 7-series Champ from Aeronca in 1954. The company was then acquired by Bellanca Aircraft which introduced improved variants including the Decathlon.

When the Citabria was introduced, it was the only airplane being commercially produced in the United States which was certified for aerobatics. From the mid 1960s through the end of the 1970s, sport flying in the United States enjoyed great popularity. Pilots who flew for personal enjoyment were interested in the unusual and exciting, and aerobatics provided an avenue for this interest.

Created by Walter Beech, the Staggerwing is often referred to as the first true business aircraft. The project was considered foolhardy by many - a very fast, sleek and powerful biplane with retractable gear and fully enclosed cockpit designed to appeal to the executive on the go - at the height of the Great Depression. Setting the standard in comfort and excellence in private aircraft for years to come, the Staggerwing brought pure sex-appeal to aviation and was as much a symbol of a man's worth then as a LearJet is today.

The beautiful Staggerwing takes its name from the unique configuration of its two wings - the lower wing being set ahead of the upper wing contrary to all other biplane designs to that date. This rakish thoroughbred styling made it look fast just standing still on the ground. The interiors were just as beautifully finished in leather and mohair and capable of accommodating a pilot and four passengers in luxury. The Staggerwing doesn't just look fast, it is fast. Staggerwings were the darlings of the much-publicized air racing circuit of the 1930s. The Vintage Wings of Canada Staggerwing is a Model D17S which represented about 2/3 of total production and is painted in the spiffy Beech factory paint scheme of the day.

The WACO (for Weaver Aircraft Company) Taperwing is one of the true classics of the golden age of biplane flying, air-racing and barnstorming leading up to the Second World War. With elegant namesake tapered wings, large narrow wheels, classic open cockpit and rakish good looks, The Vintage Wings of Canada Taperwing ATO seems meant for air racing or aerobatic flying.

The Taperwing was one of the most successful of many models and variations designed and built by Advance Aircraft Company based in Troy, Ohio. A Taperwing was flown to victory in the 1928 National Air Derby by Johnny Livingston a well known aviator, WACO dealer, airline operator and daring air-racer of the day. While he is no longer a household name, Livingston is the namesake of Richard Bach’s unforgettable novel - Jonathan Livingston Seagull a story about the passion of flying. 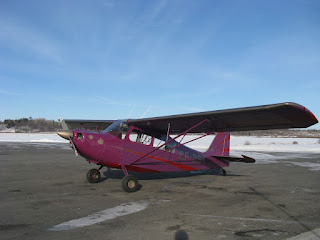 Citabria was a bit of an odd choice for an aircraft name but it does spell Airbatic backwards and that is what it was primarily designed for although it makes a great tug for gliders. 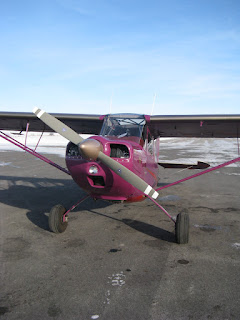 The Citabria is a great aircraft on which to get ones initial tailwheel experience or initial aerobatic experience. 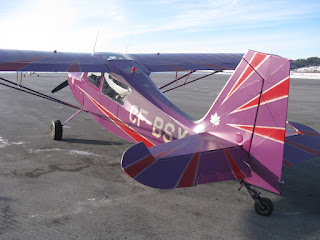 Can you tell what type of Citabria this is? Obviously the 7GCBC as it has flaps and a 1 foot greater wingspan than earlier models. An upgraded version is still in production and known as the Citabria Explorer with metal replacing the wood spar and a slightly more powerful engine. 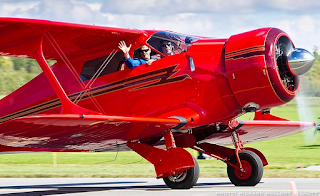 Vintage Wings F-86 pilot and soon to be Space Station commander Chris Hadfield waves as he and Staggerwing manager Bob Childerhose taxi in at the Gatineau Airport, home of Vintage Wings of Canada. The airplane was initially described as the "negative-stagger Beech," but over the years the word "negative" was dropped and the term "Staggerwing" became its eternal name. 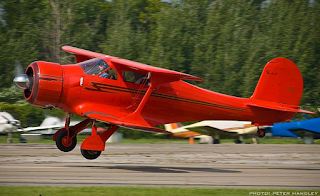 Over 700 Staggerwings were manufactured in Wichita.  According to the Smithsonian Museum, the aircraft was technologically advanced for its time, and the negative staggered wing arrangement, which improved the pilot's visibility from the aircraft and the airplane's gentle stall characteristics, also contributed to the design's classic beauty. 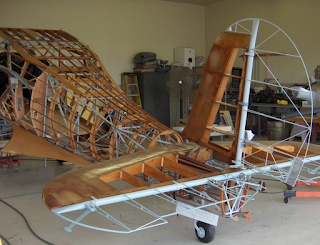 Wanna see what the inside of a Staggerwing looks like. The flight controls are an all metal affair. There were several engine types installed on Staggerwings including Jacobs and Wrights. The Vintage Wings model was a D-17S. The S means that it had a Pratt & Whitney R-985 Wasp Junior installed. The D model has a lengthened fuselage, ailerons relocated to the upper wings to eliminate airflow interference with the flaps and improved braking. 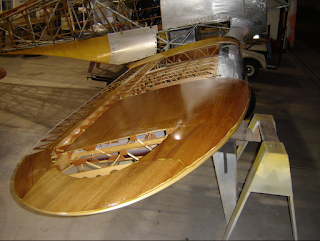 Underneath the usually beautiful bright red paint is a usually unseen structure that is just as pretty with a nice mixture of metal and wood. A large number were used by the American and British military in WWII as a light transport. The types relatively high speed allowed in to participate in many air races. 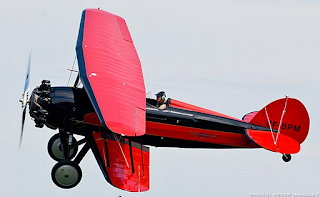 With wing taper in full view, the Vintage Wings WACO does a beautiful flypast. The Taperwing can be operated on floats, if you can find a set. 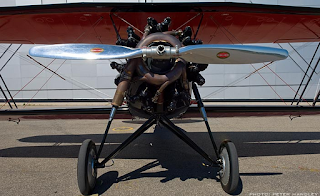 This Taperwing used to be owned by an NBA player and had modified rudder pedals, but they were returned to original style for the regular folk. This Taperwing sports Wright Whirlwind engine driving a 9-foot adjustable propeller. 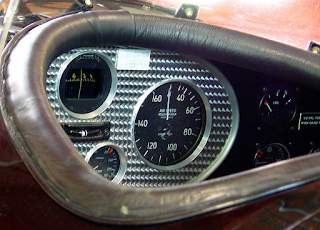 The cockpit of the Taperwing is as beautiful as its exterior. The aircraft is said to be a delightful for  aerobatics. 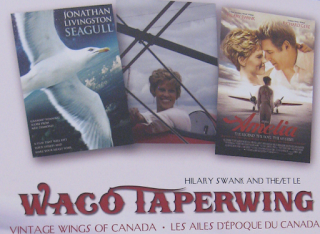 Hollywood meets Vintage Wings as Hillary Swank gets the privilege to sit in the Taperwing for the movie Amelia. It was partly filmed in southern Ontario. Famous race pilot, Jonathan Livingston was the first owner of this aircraft. He was an inspiration for the book Jonathan Livingston Seagull. 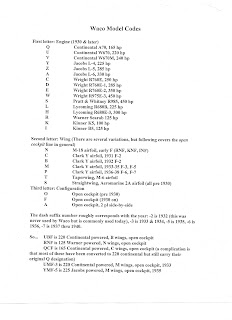 Why would I explain to you how the WACO aircraft codes work when you can just look at this. Make sense now? 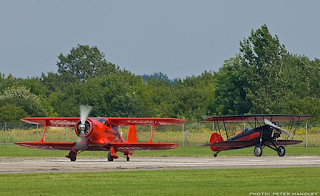 A rare sight indeed at the Rockliffe airport but not necessarily the last time. These two aircraft have departed for Alberta.
Posted by Unknown at 11:43 PM