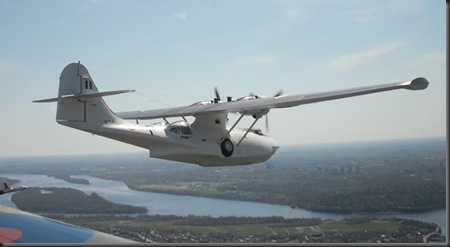 On Saturday morning the Gatineau Airport ramp had a special visitor: Canadian Warplane Heritage’s (CWH)  Consolidated PBY 5A Canso. This flying boat, of which there were over 3400 built, is amphibious, meaning that it can land either on the water or on land. This makes it a very versatile aircraft. CWH’s Canso was built in Canada by Canadian Vickers in 1944, and served in the RCAF until 1961. 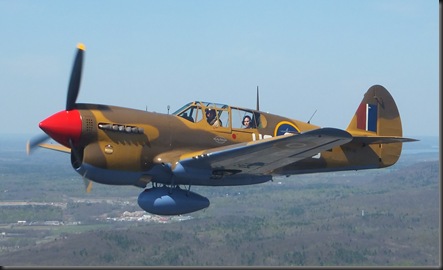 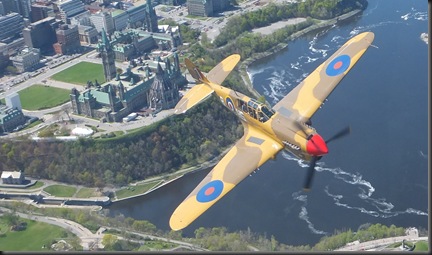 The P40 formates on the Canso near Parliament Hill. Photo: Braeden McCall. 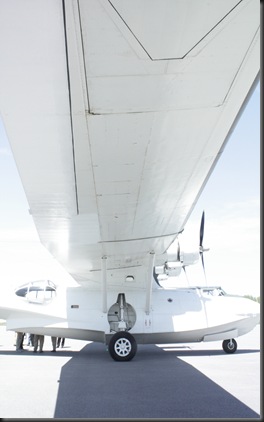 The Canso sits on the ramp at the Gatineau Airport. It is not hard to see where the wheels retract. Photo: HF. 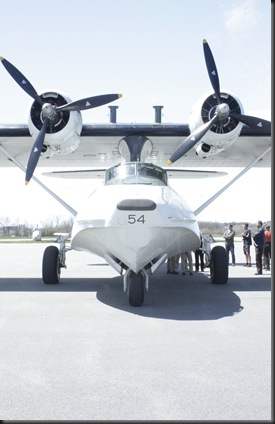 Snub-nosed beauty – perhaps a face only a mother could love? Photo: HF.