A Special Blog from a Special Cadet: Introducing Zeke Ruddy 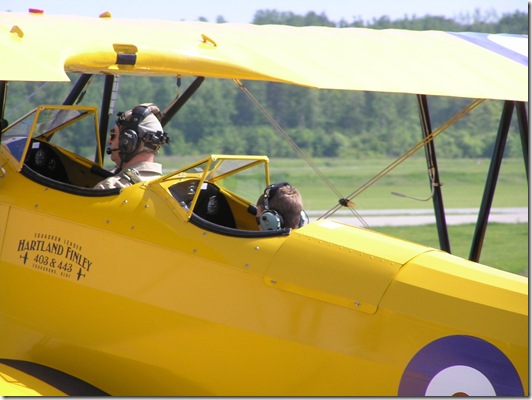 My name is Zeke Ruddy and I have always dreamt of becoming a pilot. Last Saturday was one of my best days ever. I flew in Vintage Wings' Fleet Finch from their Gatineau hangar to the Aviation Museum and back. It was awesome!

The Finch is a 2-seat open cockpit biplane trainer from WW2. It's one of the famous yellow airplanes that were used in the British Commonwealth Air Training Plan. Sometimes these planes were known as the "yellow peril" because of the many inexperienced pilots who flew them. But on Saturday, the Finch was in the expert hands of Peter Ashwood-Smith.

Peter and I took off on a beautiful sunny morning. We used the few small clouds in the sky as pylons and as targets for our machine guns (rat-tat-tat -- just kidding!). It was completely different from flying in a closed cockpit plane. It's just hard to explain the feeling of freedom and wind you get in an open cockpit. I loved it.

We spent the day at the Wings and Wheels show with lots of other vintage airplanes and cars. My family met me there and my Mom was glad to see me still alive and well.

On the return flight, we did some touch and goes. We were lucky enough to fly alongside Vintage Wings' Spitfire while flight-testing her new engine. What a beautiful sight.

After landing, Peter and I cleaned down the airplane. Even my brothers got in on the act. My Dad took pictures "as proof that we had actually cleaned something". 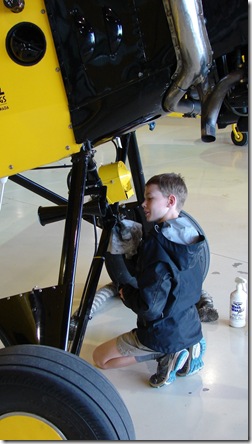 The flight was awarded to me by Vintage Wings president Rob Fleck for my recent accomplishments in Air Cadets. I want to thank all my friends at Vintage Wings, especially Rob Fleck, Robert Kostecka, Peter Ashwood-Smith, and Alison Slack. 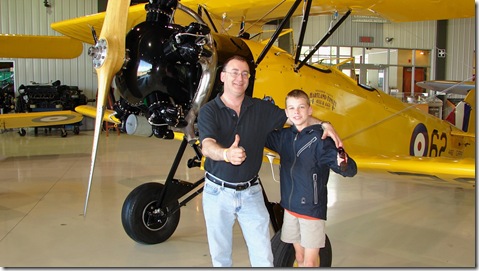 A clean airplane and big smiles all around!