Since February 2013 there has been a review of the General Aviation sector as a result of the British Governments “Red Tape Challenge” and the Civil Aviation Authority (CAA) recognise the urgent need for change.

The conference was called by the Historic Aircraft Association (HAA) to ensure that owners of Annex II aircraft such as warbirds and historics that are operated on a Permit to Fly, have an input into new proposals for the administration of such types under the CAA as regulator.  As with all government departments the CAA has to cut their costs and reduce the size of the organisation.   On the positive front the CAA has created a new General Aviation unit which will be in place by April 2014.

The HAA has proposed to the CAA GA Unit that the HAA would form a Self-Administrative body to undertake delegation of responsibility for the industry.  The intention at present is that this would be on similar lines as the Warbirds Australia system.   In Australia the Warbirds Association re-wrote the regulations in 2009 for historic aircraft operations and maintenance of historic aircraft and these were adopted by the Australian Civil Aviation Authority (CASA)

The purpose of the Conference is that the historic aircraft industry needs revision of rules and regulations to achieve affordable safety which put simply would see safety regulations which are based on commercial air transport replaced by more appropriate regulations for historic aircraft.
All of the major operators were represented including the Fighter Collection, Historic Aircraft Collection,  Air Leasing, Hangar 11 Collection, Kennet Aviation and many others.   The Light Aircraft Association were also represented and the British Microlight Aircraft Association are also in discussion with the CAA.

Presentations included updates by the CAA on the way ahead, updates on airworthiness policy, and a look at the Australian Warbirds self administration system.  Also of particular interest was a session about the use and approval of modern materials in the restoration and rebuild of Historic Aircraft.

The final session looked at “Adventure Aviation” or “Flying with history”.  This is regarding the carrying of passengers in flights aboard historic, heritage, vintage types and warbirds.  At present such paid flights are not permitted in the UK in Permit to Fly aircraft.

Following the conference the HAA will make further recommendations to the CAA based on the drive towards a self administration system that more readily suits the operation of historic aircraft.

Posted by Unknown at 4:48 PM No comments: 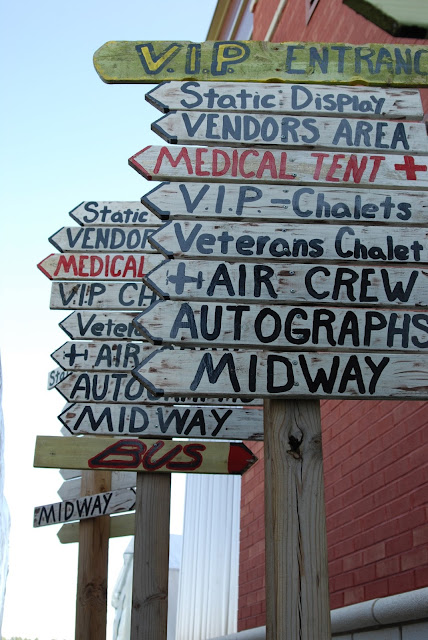 This past week, Vintage Wings of Canada received a RC Lysander model, built and donated by Idris Lewis. Come take a look next time you're in the hangar! 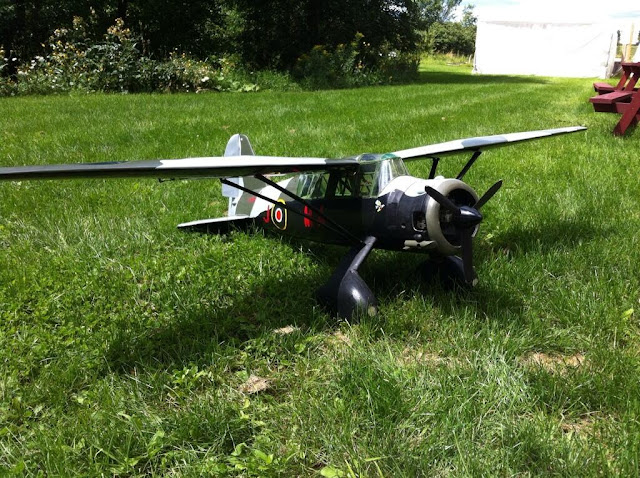 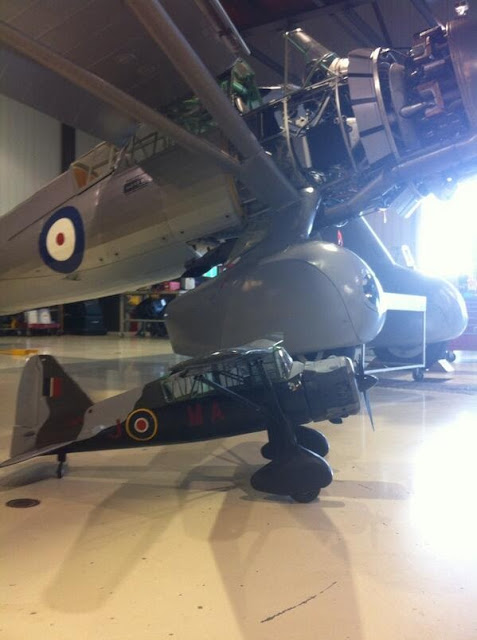 Even Captain Trevor is keen to check out his new ride! 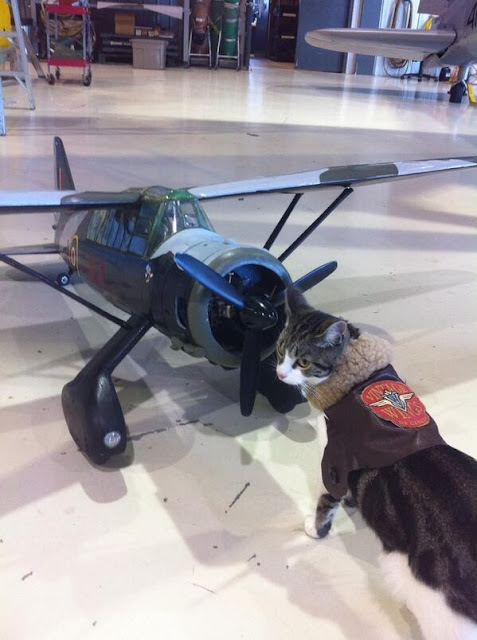